An independent report on brave Women of Gaza :

In the deadly no-man’s land of Gaza’s buffer zone, a small group of Palestinian protesters hidden by black smoke, braved Israeli sniper fire and reached the perimeter fence. Tearing a piece away they made it back to safety, holding their trophy.

The stunt was remarkable given the deaths of nearly three dozen protesters in recent weeks at the hands of soldiers firing across the border fence.

Since the start of the Great Return March four weeks ago, in which Gaza’s refugees are demanding the right to return to their lands now inside Israel, 32 unarmed protesters, including a child, have been killed by Israel’s sharpshooters ranged on the other side.

But this stunt was all the more remarkable given that those who carried it out were women.

Further up the buffer zone other women stood in front of protesting men, trying to provide cover for them against Israeli fire on Friday. One of the women, Taghreed al Barawi, said they did this because “women are less likely to be shot at than men”, although their sex has not protected the 160 or so women who have also been wounded during the last week of the buffer zone protests.

For many of these women, though, the danger of being shot appears to hold little fear. Shireen Nasrallah, face wrapped in a keffieh to protect against tear gas, burned an Israeli flag and held it high.

“Then the Israeli snipers called me on the speaker, saying, ‘You, the woman with the keffieh, if you approach the fence again we will shoot you in the head’. But I am not afraid and next time will burn their flag and raise ours.”

Taghreen al Barawi said she had “this feeling of strange courage” as she got closer to the fence. She also spoke of being inspired by Ahed Tamimi, the 17-year-old West Bank teenager, currently being held in an Israeli jail after she slapped an Israeli soldier outside her home.

Pictures of women in the front line of an Arab uprising are not surprising at first sight – women played a lead role in the Arab Spring, and, as in the case of Ahed Tamimi, are increasingly in the forefront of West Bank protests too.

But in Gaza’s traditional Hamas-run society, as well as living under Israel’s siege, women are also subject to repressive social codes which mean spontaneous public protest by women is widely frowned upon.

“I would be Ahed if I could,” was a cry heard from many Gaza women after the teenager’s recent sentence was passed. “She is strong, she is beautiful, she is courageous,” said two veiled students, staring adoringly at Ahed’s portrait – wearing jeans, hair uncovered – on a wall outside Gaza’s Islamic University.

Also emblazoned on the wall were portraits of former Palestinian leaders including Yasser Arafat, leader of the Palestine Liberation Organisation, and Ahmed Yassin, founder of Hamas.

It is not, however, only the social taboo which until now has prevented these women from protesting as Ahed did.

Since Israel’s decision in 2005 to withdraw its troops from bases inside Gaza, redeploying to the perimeter with a blockade at sea and control of the skies, it has been even harder for ordinary Palestinians to resist in the way Ahed Tamimi did.

In the days of the old intifada any Palestinian could land a stone on a soldier with no trouble, as the soldiers were in amongst them. “Now we can’t be like Ahed because we can’t even see a soldier, never mind hit them with stones. We never get close enough to kick or punch. If only we could,” a young man complained.

For those in Gaza this inability to see or hit back at the enemy has created a uniquely desperate despair, which has spilled out into the buffer zone protests of recent weeks. Perhaps for this reason, Hamas understood it could not hold back any protester and allowed women to protest too.

As the marches have continued and the death toll has risen, some in Gaza have withdrawn support for the uprising, saying the protesters are simply “committing suicide” by throwing themselves in front of Israel’s bullets.

But others, including many young women, are determined to continue until the climax on 15 May.

“What do we have to lose? We are dying in Gaza under siege. Why not die in the buffer zone protesting instead. At least there’s a chance our message will be heard,” said Intimah Saleh, 27, protesting with her mother who cooks food for those on the front line.

Asked whether she thought the women of Gaza would produce an Ahed Tamimi, she said: “Of course. But we have many Aheds here.”

And asked whether Ahed could be a future Palestinian leader, a group of teenage boys laughed and said: “No. The Israelis will not allow it. Before that happens they’ll make sure she’s shot.” 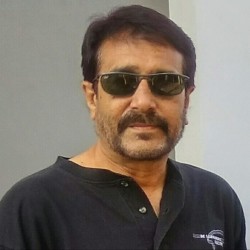 The World Health Organisation (WHO) released a list of the top